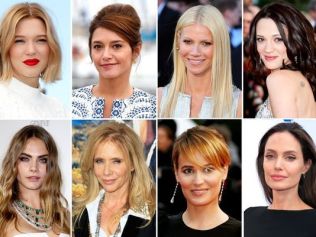 Over the last few weeks, several women have courageously come forth to bear witness to the abuse suffered by women in the theater and arts, at the predatory methods of Hollywood power broker Harvey Weinstein.

The sadistic victim shaming I have noticed on the Internet is born of lack of awareness and understanding of the prey in the predator’s game.

What I have been seeing with the victim shaming, is the question of why the women waited to speak out. Why some of the women propitiated.

There is a spiritual trauma and shock when a woman is overwhelmed with force. Be it physical, mental or spiritual.  This trauma hangs a person in a suspension with the confusion that accompanies having one’s reality violated.  And there is the victim shaming I am witnessing right now and much of it coming from other women.

“Harvey Weinstein decided to force himself on her and she decided to let it go”. This also happens to children that are molested as they fear to disappoint the people they are dependent upon.  What you depend upon you become the effect of.

Harvey Weinstein played the same card. Tapping into women’s fear of loss. Fear of shame. Shame and humiliation. It is really not that difficult to understand. And it is sadistic.  He had the resources to pay someone for consensual sex if that was his aim. But he chose to overwhelm and dominate his victims.  This is sadism.

There is a wide difference between sadism and “womanizing”.

The lack of empathy and understanding in these victims, and the shaming comments I see now on the Internet, is exactly why Harvey Weinstein escaped responsibility for his crimes against women for so long.

Ask yourself how many times as young child without power, you became emotionally, spiritually, or physically violated or humiliated at home or at school.  How many times you were humiliated and yet, you showed up for class again or arrived once more, for school the following day.

If you are a human being it is within you to understand emotional and spiritual overwhelm these women experienced. To understand these women and how fragile one can be when threatened with loss, overwhelmed with power or lured by hope.

This is exactly why we are working so diligently to affect legislation with regards to the statute of limitations for crimes against children.